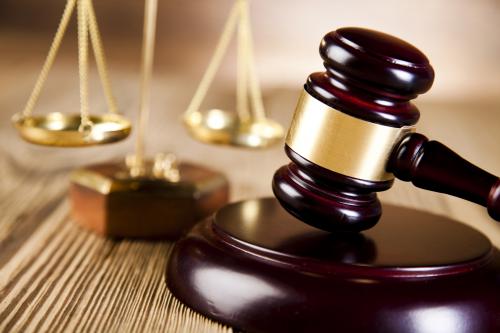 On June 20-22, 2016, Chief Justice Hinkson of the British Columbia Supreme Court, Justice Perell of the Ontario Superior Court and Justice Corriveau of the Superior Court of Québec held joint hearings in Toronto, Ontario, to consider the applications of the Joint Committee and the federal government about the surplus in the 1986 to 1990 Hepatitis C Settlement Agreement Trust Fund which is estimated to be between $207 million and $256 million as at December 31, 2013.

DECISIONS OF THE JUDGES

Each of the courts approved seven of the nine recommendations (with some minor modifications) made by the Joint Committee. Each of the courts dismissed the application of the government of Canada to have the excess capital paid to Canada.

Additional recommendation
The Courts approved the submission by a person with hemophilia, supported by the CHS, to allow those with HIV co-infection who elected the one-time $50,000 payment to re-elect and take advantage of the full range of normal benefits of the Settlement. This should mean that all 22 people with hemophilia in this situation can choose to re-elect.

Appeals
The federal government has advised the Joint Committee that it will not appeal.

Implementation of the recommendations

The Ontario and British Columbia Court Orders have been approved by all parties, signed by the supervising judges and issued by the Courts. A copy of the Court Orders can be found by clicking on the link for the applicable province below. In the case of Quebec, the Court Orders are included at the end of the Judgement.

The Administrator has begun processing the payments approved by the Court Orders.  Given the large number of HCV Special Distribution Benefits payments to be made, payments need to be made over time in 3 stages.

•  The first stage of payments will be made during the week of  February 6, 2017 to alive primarily infected and secondarily infected claimants in respect of the Fixed payment benefit described above.

The administrator will update the 86-90 website to give you a more precise date for the second and third stage of payments when that information becomes available.

The Joint Committee will also be filing with the Courts motions/applications regarding the following:
•  a proposed Late Claims Plan
•  a request to permit co-infected Hemophiliacs who elected to accept   the all-inclusive sum of $50,000 (1999 dollars) an opportunity to re-elect and opt-in to the Settlement so long as the amount they received is deducted from the amount they are entitled to under the Settlement
•  a request that the loss of services payments made to disabled children of a deceased HCV infected approved claimant be extended to the lifetime of the disabled child.

The 86-90 website will be updated to let you know if and when the Courts approve these motions/applications.

IMPORTANT:  Please ensure that the Administrator has up-to-date contact information (including an email address if you have one) for:

The best way to ensure contact information is current is to email the Administrator at  info@hepc8690.ca and include the name of the claimant, family member or estate and the claim number (if you have it) in the subject line of the mail.

How the recommendations translate into enhancements for the class members
Late claims – a fixed amount of money has been allocated to a dedicated fund for the late claims and the Joint Committee may set up a plan for processing them and paying the eligible ones. This specific Late Claims Plan must be pre-approved by the courts.

Family member payments – payments to children over 21 and to parents of deceased have increased by $4,600 (1999 dollars)

Out of Pocket expenses – additional compensation of $200 in the event a family member (or more than one family member) accompanies an HCV infected person to a medical appointment. This payment is $200 regardless of how many family members attend the appointment and is paid from January 1, 2014 and forward only.

All of the benefits described above are retroactive (adjustments will be made for past losses) except the out of pocket expenses new benefit.  They will all be indexed as per the existing provision of the Plans to that effect.

Links to the decisions of the courts appear below. The Joint Committee will provide updates on the 86-90 website on next steps and developments.

Copies of the materials that have been filed with each of the Courts including the written submissions to the Courts from each of the parties can be reviewed by clicking on the links to the applicable province below.

At the joint hearings, the Courts heard submissions regarding whether the Courts should exercise their discretion to allocate all or a portion of that surplus in accordance with the orders they issued in 1999 approving this settlement and, if so, how it should be allocated.

No province or territory asked to have any part of the surplus paid to it. Each urged the Courts to honour the structure of the settlement agreement and to avoid overcompensation to Class Members and Family Class Members.

OPEN LETTER TO FEDERAL PARTY LEADERS
On August 31, 2015, the CHS sent an open letter to the five main federal party leaders to urge them to publicly commit during the election campaign to not attempt to recover any portion of the projected quarter-billion dollar surplus in the Trust Fund of the 1986-1990 Hepatitis C Settlement Agreement.

On September 11, 2015, the New Democratic Party replied to our letter. Click here to read the NDP reply letter.

On September 17, 2015, the Bloc Québécois replied to our letter. Click here to read the BQ reply letter(in French only).

On October 5, 2015, the Liberal Party of Canada replied to our letter. Click here to read the LPC reply letter.

MEDIA APPROACH
The CHS has alerted the media about our request urging federal political parties to publicly commit during the election campaign to not attempt to recover any portion of the projected quarter-billion dollar surplus.

RECOMMENDATIONS ON 1986-1990 HEPATITIS C SETTLEMENT AGREEMENT TRUST FUND PROJECTED SURPLUS
During the summer of 2015, the Joint Committee, whose members were appointed by the courts, the CHS and other community‐based groups held extensive consultations with affected members and their families to gather their opinions on the allocation of the surplus. It became clear that many of the 5,322 class members and 8,860 family class members had not received adequate compensation for their injuries and that the surplus should be used to enhance current benefits.

On September 14, 2015, the CHS sent to the members of the Joint Committee of the 1986-1990 Hepatitis C Settlement Agreement its recommendations so that they could consider them for inclusion in the application that they were preparing to make to the Courts on how the surplus should be used. Please click HERE to read the CHS recommendations.

On January 29, 2016, the Attorney General of Canada, submitted a Notice of Motion opposing the Joint Committee’s application to enhance the benefits to claimants and asked that the entire surplus be paid out to the federal government. It also opposes the Joint Committee’s recommendation to allow applications from those infected who, for one reason or another, missed the June 30, 2010 deadline. Click here to read the Notice of Motion of the Attorney General.

On April 1, 2016, the Joint Committee filed an Application Response and supporting material to the Federal Government’s application. It includes four affidavits which can be consulted on the 86-90 website under theOntario file as well as an Amended Joint Committee Notice of Motion dated April 1 2016.

LIBERAL GOVERNMENT BREAKS ITS PROMISE
The CHS considers the October 5, 2015 letter from Liberal Party President Anna Gainey be a clear assurance that a Liberal government would ask the courts to allocate the surplus to those affected by tainted blood during this period, including to late claimants otherwise eligible. It has turned out that the elected Liberal government has not kept its firm promise.

At the end of February and during the first weeks of March 2016, the CHS was in touch with the offices of the Prime Minister and the Minister of Health in an attempt to have the Minister instruct the Attorney General to take a less rigid position with the courts regarding allocation of the surplus.The Minister’s office indicated an unwillingness to reconsider.

GOING PUBLIC ABOUT THE LIBERAL GOVERNMENT’S QUARTER‐BILLION DOLLAR BROKEN PROMISE
At the end of March 2016, the CHS decided to make public the Liberal government’s Notice of Motion opposing the Joint Committee’s application to enhance the benefits to claimants, ask that the entire surplus be paid out to the federal government and opposing the Joint Committee’s recommendation to allow applications from those infected who, for one reason or another, missed the June 30, 2010 deadline.

On March 17, the CHS put out a call for action asking community-based groups to endorse a statement objecting to the 86‐90 Trust Fund surplus being paid out to the federal government. Click here to read the statement.

On March 30, the CHS issued a press release to alert the population about the attempt by the federal government to claw back or reallocate the surplus and make the endorsed statement public. Click here to read the press release.

To learn more, click here for a comprehensive Q&A document on the overall issue.